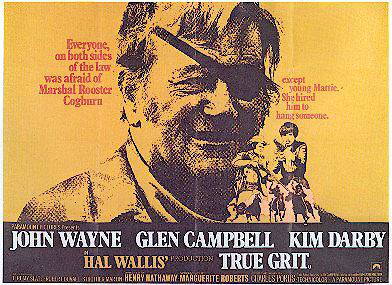 John Wayne would have sorted the #uksnow with some True Grit

I had been planning to write blog piece about the poor state of local authority gritting maps after a little rant on gritting maps on twitter a couple of weeks ago and now I need a gritting map myself.

The roads in Muswell Hill are completely impassable this morning, there isn’t that much snow but the gritting lorries have not been seen and the “Hill” bit is a dead giveaway for the slithering chaos around here.

Yesterday morning I got caught out when we had a heavy snow fall in North London and had to inch my way home on the North Circular eventually abandoning the car on the main route into Muswell Hill and walking the last mile. Not the end of the world but it made me wonder where were the gritting lorries, perhaps the main route wasn’t a gritting priority?

So off to the Haringey web site and a quick search takes me to their very comprehensive if somewhat dull Carriageway Gritting page and the offer of some pdf’s of gritting routes including this one for Priority 1 Routes (don’t bother it is nearly unreadable). Of course you would need to know whether the routes you were interested in were Priority 1, 1A, 2 or 3 to know which pdf to view and if your route spans more than one type of route you might have a little extra problem. “You need a webmap” you might well be thinking, well right at the bottom of the page it mentions that you can also view the gritting routes on an interactive map at Haringey Interactive Maps (yes that really is HAM) and provides detailed instructions for how to use this service, unfortunately they neglected to include the link to HAM but no matter I managed to find it here. I now know that the road that I was travelling on is a Priority 1 route which means that

#FAIL My car is currently abandoned on an undriveable Priority 1 road. An even bigger #FAIL is both the poor accessibility of these gritting maps, the cartography that puts great thick lines over road names so that you can’t read them, the use of raster maps out of their scale range so that they are blurred and the lack of any real time information which tells me what is really happening now rather than what the council’s plans were. So back to my initial poke at gritting maps on twitter and the response that it provoked (particularly from friends working in or with local authorities) which was that gritting maps are one of the most asked for things at this time of year (hardly surprising given our struggle to cope with a few inches of snow). Surely after nearly a decade of so called e-government and local authority web mapping it ought to be possible to do this a bit better? Some free advice to local authorities. I think a map of gritting needs to incorporate:

Several folk kindly referred me to examples of UK local authority gritting maps. I have done my best to grade them on the Good, the OK & the Ugly scale. Remember that this is highly subjective and that any interactive map with a legend is way better than an illegible pdf.

Swindon – only a pdf is available, you cannot read it when it is zoomed out and it pixellates beyond belief when you zoom in. Makes Scarborough look great.

Bristol – a pdf! Once Bristol was seen as an exemplar of corporate GI usage, what has happened?

A number of councils including Slough, Suffolk, Hertfordshire, South Gloucestershire and Wokingham use the Elgin service – unfortunately the site was borked when I was writing this article so I could not view the maps but you have to score Ugly for a site that returns “The web site you are accessing has experienced an unexpected error. Please contact the website administrator.” just when you need it.

Lincolnshire – only a pdf but it least it is legible with insets of towns etc and some useful info about driving in snow. Can’t quite bring myself to rate a pdf as OK but this ranks as the least Ugly of the Ugly

Derbyshire – very slow, not a lot of info, claims to show salted routes but no indication of live status. OS maps are too busy for the application but the black and white option is a nice feature for reducing the clutter

Nottingham – poor choice of colours just put this into the Ugly category for me, otherwise not bad

Nottinghamshire – good search, simple, reasonable cartography once you are past the OS 1:50k – shame there is no live info

York – Takes a bit of working out as there is no legend but then it shows the basics, just about scraped into the OK category but not sure why (I liked the addition of public conveniences to a gritting routes map, I am sure it could prove useful if you get stuck in the snow and have a mobile internet connection)

Mappa Mercia – a beautiful crowd sourced map of gritting routes and some bins in the West Midlands. Good cartography thanks to using OSM as a base rather than unsuitable OS rasters, clear key. Would be almost perfect if it had a live update feed.

Calderdale – muted OS maps improve the visibility of the gritting routes, search and mapping quite responsive. The info clicks seem to give some useful information but still not real time although the link out takes you to a twitter feed which is being regularly updated.

Now in case you think I am being grouchy and unkind to the efforts of these GI officers in Local Government, you may want to have a look at this example from the City of Calgary which seems to show which roads have been ploughed and which roads they are working on with a some updates of road condition as well.

If you think I have missed some better examples feel free to post them in comments and I will update the post as necessary.

With all of the technology available to us it ought to be possible to deliver clear, up to date maps of gritting (GPS in gritting trucks for instance or even a few geotagged twitter feeds).

So come on councils why don’t you follow Mappa Mercia and upload your gritting routes to OpenStreetMap.

Or if you want to do that, send me a kml file of your routes I will get my friends at geo.me to put a proof of concept together after Christmas to see if they can do something simple for you (remember to trace your routes only using OS OpenData so that we don’t fall into the derived data black hole of doom).

Posts through the mists of time